This is the week of my first transplantiversary or transplanniversary.  To be more specific it is my liversary or liverversary.  I prefer liversary.  Whatever you call it, it has been nearly one year from the day recorded as "Day 0" in the medical history of my liver transplant.

It was only a year ago this week that I woke up clear-headed and refreshed on the fourth floor of Indiana University Hospital, in the Transplant Intensive Care Unit (TICU).  I had just "come to" after a long day of waiting and a night spent in surgery.

The day before I arrived at the hospital at noon after receiving a 10:30 phone call.  It was "the call" that informs you that a liver is ready and that you are next on the list.  I arrived at the hospital at noon spent most of the day waiting in the  Outpatient Transplant Unit (OTU).  All of the bays were occupied, but I soon figured out that none of them were waiting for a liver as they were all eating.  The call came just before I was about to eat a late breakfast, and so I was hungry and got hungrier as the day progressed.  One by one all the other patients left and at 5PM the nurse in charge signed out and told me a surgeon would come to let me know when they were about to go and fetch the donor's liver.

The next person I saw was a "fellow," a surgeon-in-training, who began to tell me all about what was to come next.  I mentioned to him that I was waiting for someone to come and tell me when they were going to go and get the donor liver.  He told me he wouldn't be there if it hadn't already arrived!  And so, at about nine hours after I had checked in, I a nurse asked me to take a seat in a wheelchair and I was taken on a late-night ride down to the basement and into the operating room.

It was a whirlwind of activity upon entering the OR.  I got up and onto a gurney and they started to prep me for anesthesia. They quickly put me out and the next thing I remember is waking up in the TICU and looking down at my abdomen where there was this long scar.  I had known pretty much what to expect as far as incisions and scars go.  Oddly enough, my first thought was, "Gee, that's pretty!" (Some have said that was the effect of pain killer, but I don't think so).

I can remember most of what happened to me in the hospital over the seven days which followed.  But how did I get to be there in the first place?  I remember that, too.

It was on December 6, 2014 that a doctor first told me that I had scarring, or more precisely, cirrhosis of the liver.  That prognosis came with a whole list of other complications, including an inflamed gall bladder, a gall stone, an enlarged spleen, and many other complications, the names of which I had never heard of before. Any one of them alone would have caused at least a little worry, and so many problems at once came as a bit of a bombshell.

I dealt with the symptoms as best I could. There was nothing that could be repaired, there was no turning back of the clock. I was given a referral to a gastroenterologist at a local hospital.  He had me go thru a series of exams and procedures to determine the extent of the damage and maybe even the cause. I hadn't been to see a doctor much at all in twenty-five years and so all the probing and poking that was to come was all a bit unnerving, to say the least.

A colonoscopy, an upper endoscopy, a paracentesis, and a liver biopsy were scheduled and performed in the next few months. The liver biopsy was the gold standard by which other tests were measured and was the last of the set.  A set of reports for all the test and procedures that I had "endured" was sent to the good doctors at Indiana University Hospital for review. IU Hospital (aka University Hospital, IU Medical Center) is the only transplant center in the state for liver transplants and so it was THE place for me to go for a liver transplant.

Initially, I didn't go to IU with the idea of actually getting a transplant.  I just wanted to know what the cause of my cirrhosis was and if there was anything that could be done about it.  I wanted a second opinion.

During my first appointment In November 2014 to see IU's "main man" for adult liver transplants I was told that my liver was "destroyed." That pretty much limited any idea of fixing what I had.  Radiology reports described my liver as shrunken, nodular, and leaky.  My IU hepatologist had determined the cause to be NASH or Non-Alcoholic Steatohepatitis, something that more and more people were afflicted with in the U.S. and especially Indiana.  It is the leading cause for the need of a liver transplant in Indiana and may soon be for the nation.

The doctor said that my liver and I were like an old car driving down the road with smoke coming out from under the hood, only that I had no oil left to keep it going for much longer. Provided nothing changed drastically for the worse, my liver only had a year, maybe two, to go. That meant that I only had a year or two go go, even though he didn't put it that way exactly. There is no dialysis for the liver like there is for a kidney. A transplant was the only option. It wasn't a cure. But it was the only treatment there is for Stage 4, or End Stage Liver Disease (ESLD).

I will end here for now, but the story obviously is a bit longer.  I did get the transplant and in the process of writing a letter to my donor's family I tried to come up with a narrative to tell them of where I had been and where I am going, all due to their generosity.  Looking at what I had written made me think that my experiences or story be something others may be interested in:  how one gets to be in the position of needing a transplant, how to go about getting listed for one, and how things turn out for the better, for the most part, after receiving a transplanted organ.

So keep a lookout for more postings to this blog and maybe you will learn a little or a lot, whether or not you will ever have to face the need for any kind of organ transplant. 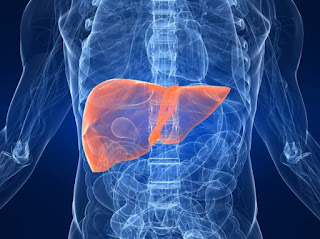 In 2015 I was fortunate enough to receive a liver transplant at Indiana University Hospital. My name is Philip, and I and many others can say that we are "livering proof" that the organ donation system does and can work for anyone, all due to the thoughtfulness of just one person, the organ donor. If you want to know more about what it is like to get a organ transplant in general or at University Hospital in particular, this is a place to discover more from one patient's perspective.

LINKS TO LIVER BY!

The Many Paths to Stage 4

Getting Educated about Your Health . . . or What Is Left of It!

How to Donate around the World